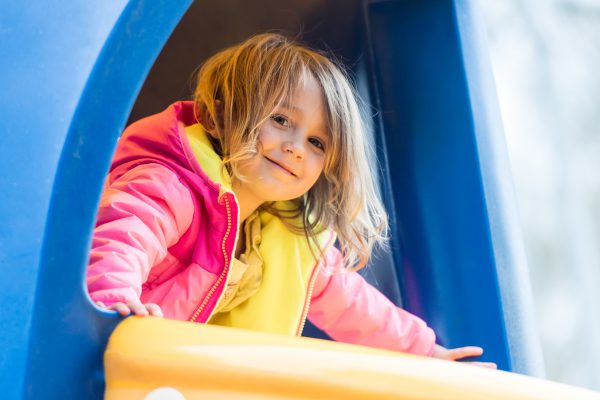 Sara is two years old and was referred to St Francis Family Centre by a Health Visitor. She had a challenging home life due to the mental health issues experienced by her mother, Charlotte.

Charlotte had a very difficult upbringing and had been bullied throughout her childhood. She would often skip school to avoid the bullies and left with no qualifications, suffered from depression and began to self-harm.  At 17 Charlotte entered into a relationship with Sara’s father but was abandoned soon after Sara’s birth.  Charlotte felt alone and worthless; she and her daughter spent their days in a cramped flat on an estate in Tower Hamlets and rarely went out.

Charlotte’s depression was recognised by a Health Visitor who referred her and Sara to St Francis Family Centre.  Charlotte’s fragile emotional state, and the solitary existence she led, had had a profound impact on Sara’s development.  She lacked basic social skills as mixing with other children was completely new to her.  Staff were also concerned Sara had spent so much time isolated indoors that her physical development had been seriously delayed.

Our Nursery Nurse worked with Charlotte to develop a specific learning plan to improve Sara’s physical development.  This included activities that would encourage her to interact with other children in the nursery. Within six months Sara had made excellent progress. She could play on the climbing frame and ride scooters and her physical development began reaching age appropriate levels.  Even more importantly, she learnt to socialise and have fun with other children and made lots of friends.

Charlotte is also in a far better place emotionally.  She has made friends with other parents at St Francis and as a result her confidence has improved and she is far less reclusive. She even brought Sara on our annual trip to Woburn Safari Park which was the first time they had left inner London together. Charlotte said:

“I’m afraid to think of what our lives would have been like if I hadn’t found St Francis. You have given me the opportunity to not only change my life, but to give Sara a better life than I had”